Portfolio
CV
About me
About me

I'm a level designer at King, currently crashing it as part of the level design team at Crash On The Run. I have professional experience in using engines such as Unity and Unreal Engine 4, and I never turn down an opportunity to further widen my knowledge in game development practices.

My education in games started with by bachelor's degree at Södertörns University College where I created several games in Unity as part of my coursework. I also wrote a number of essays on game design theory and the use of sound within games. At the end of this program I made a level for Serious Sam's Bogus Detour as part of my internship at Crackshell. While my time at Södertörn taught me a lot about the theoretical aspects of game development, I felt that it didn't give me enough practical experience. I decided to move straight on to Future Games, a two year long vocational program in game development that I'd heard great things about.

Future Games was the perfect place to meet other aspiring game developers with previous experience and the skills that come with it. Everyone was very talented and we always supported each other to ensure we did our very best. It was during this time that I worked on my proudest student project achievements - games such as Escape from Castle Galdor, Valhalla Racing, and even my own little prototype darling Box Game. These experiences, and of the school's large network of industry connections, eventually led me to King where I started as an intern in January 2018.

Since joining King I have designed over 400 new levels for Candy Crush Saga, balanced existing levels using real-time data, led the design of several new in-game features, documented existing and new in-game features, contributed with level design expertise in other internal projects, and contributed to the improvements of my team's work processes. In August 2020 I joined the Crash On The Run team where I started working in Unity to create runner levels featuring the well known bandicoot. 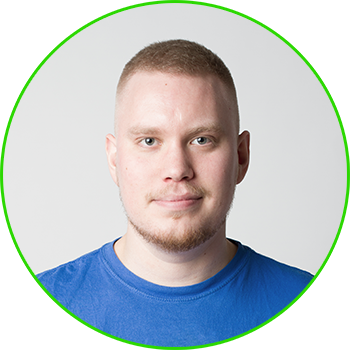