Portfolio
CV
About me

Vacation on Crab Island is a level I designed for  Serious Sam's Bogus Detour (released June 20th  2017) during an internship at Crackshell. The game is fast-paced, hectic, and full of secrets, so I wanted to make Crab Island as complete as possible in all three areas. It features hordes of different enemies,  tons of exploration, and even  puzzles.

The level takes place on a tropical island Sam visits for vacation, where he is surprised to discover it is actually dominated by an army of the main villain Mental's troops. It starts of with a brief linear segment that quickly unfolds into an open island to explore and  is meant to challenge players of higher skill levels with some experience playing the game.

The player is prompted by on-screen messages and hints of where to head next. They also have access to a map of the level progression in the TAB menu. Some in-game information, hints, and icons are not showed in the editor screenshots below, such as the fact that the blue keycard is carried by an enemy in the northern arena (see picture no. 7).

Using Crackshell's in-house editor, I came up with the structure of the level through experimenting with many different scenarios and environmental designs before putting everything together and applying a critical path between them.  I wanted to make the path through the level clear to  follow and focus on making the level open for players to tackle in their own way, whether that meant heading straight for the objectives or taking their time to explore the entire island for weapons and powerups.

Using the editor's world scripting system I scripted all events taking place in the level. This includes doors opening  and closing, enemies spawning, interactible buttons, triggering sounds, as well as triggering animations such as this bridge coming out of the water. ----->

Click here to view the complete walkthrough in one picture 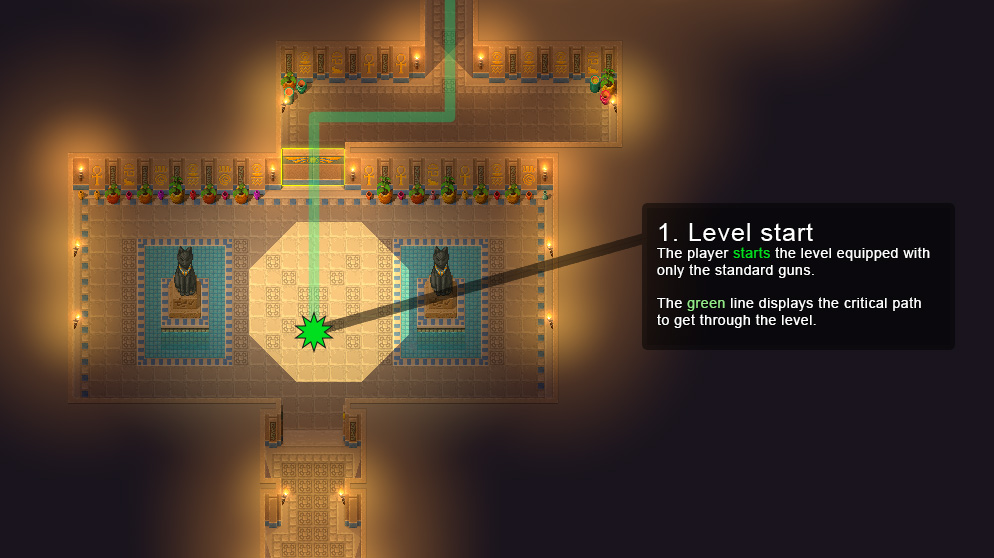 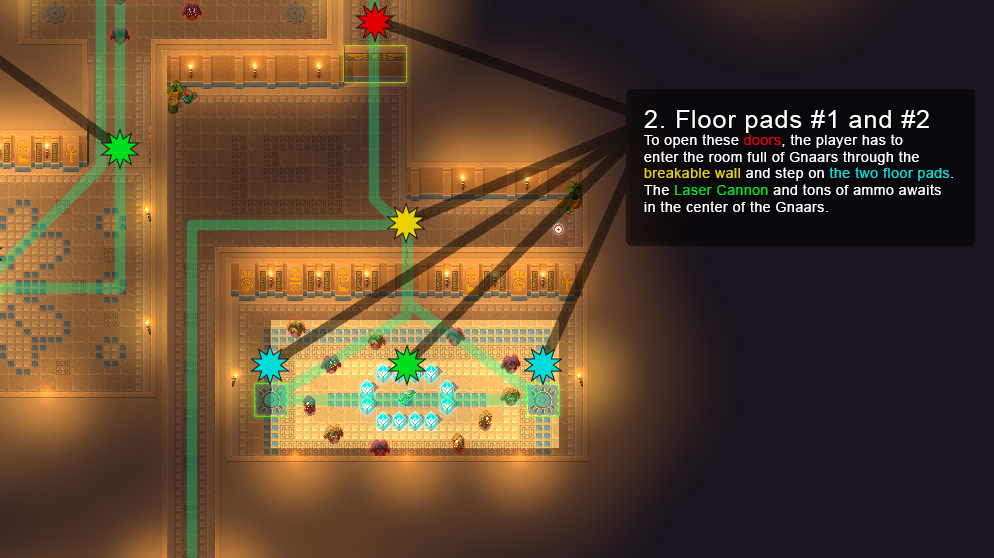 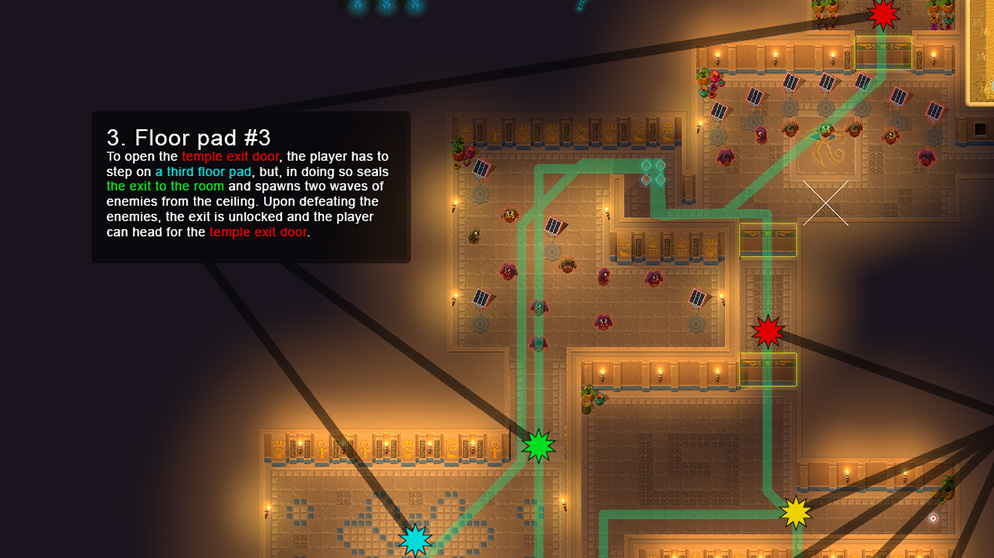 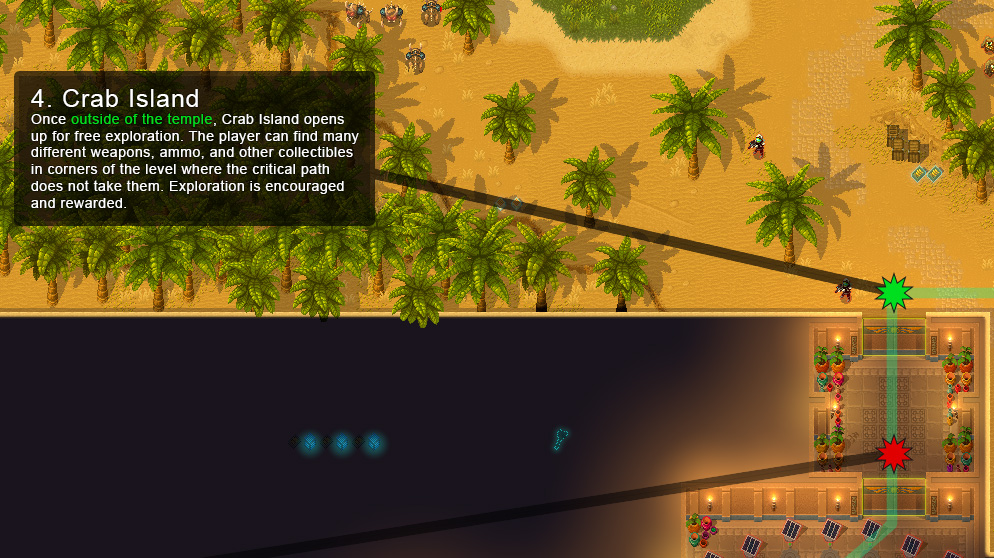 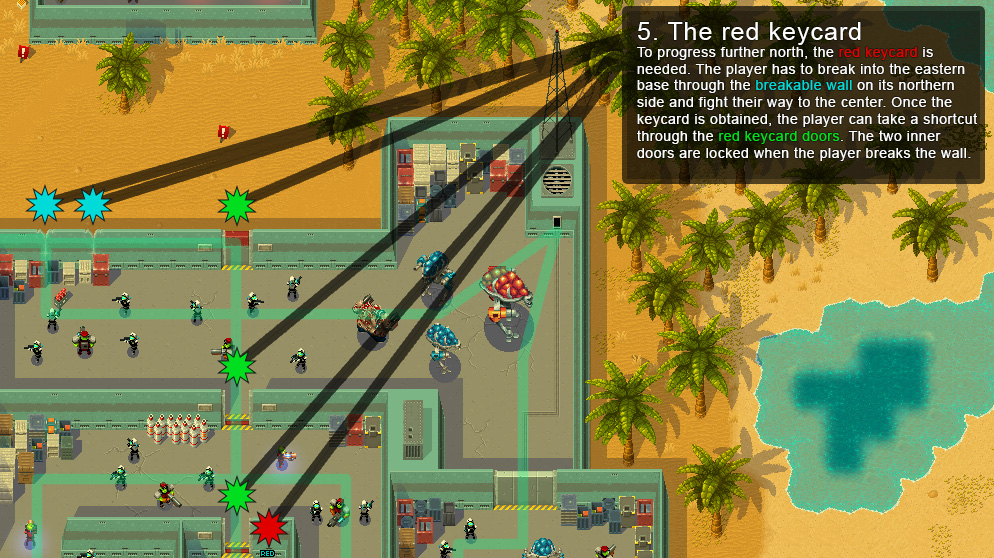 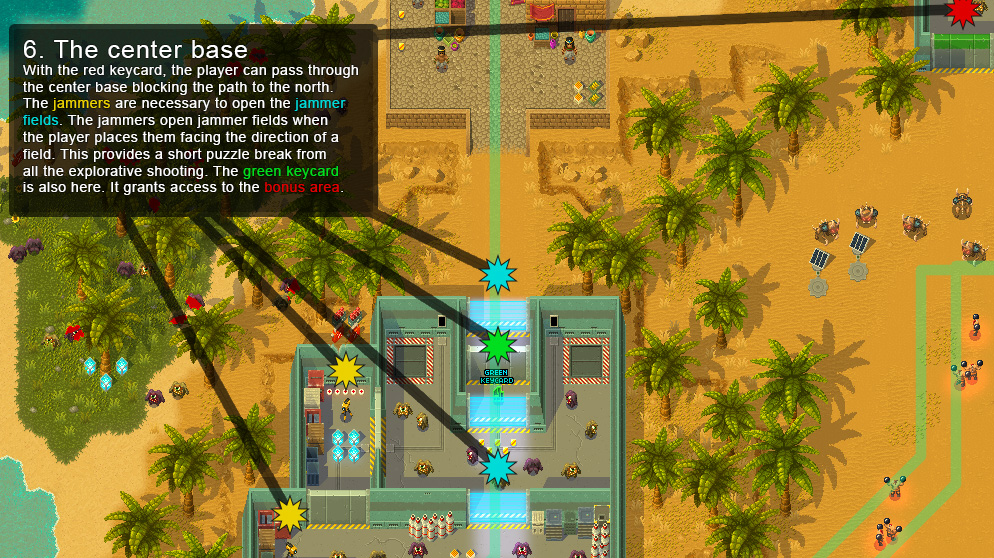 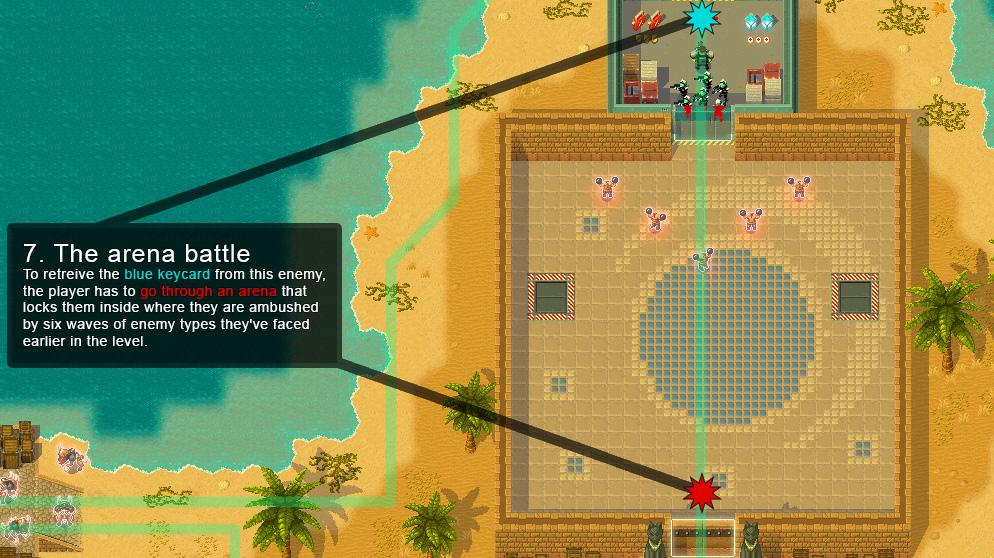 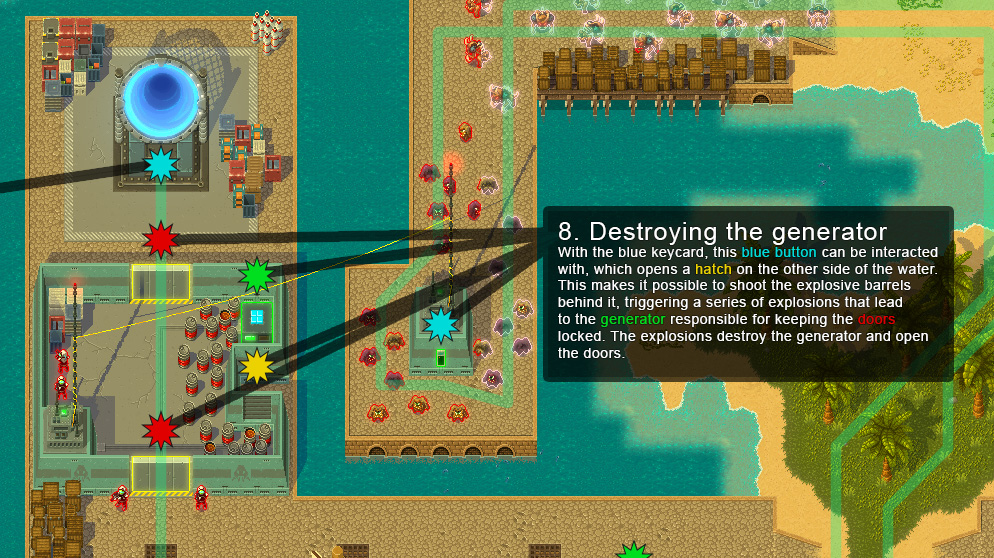 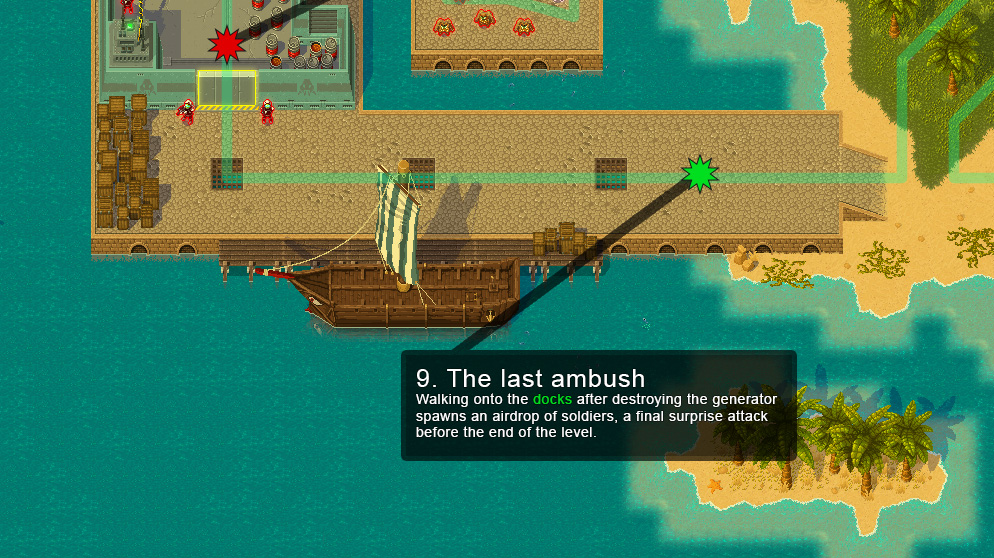 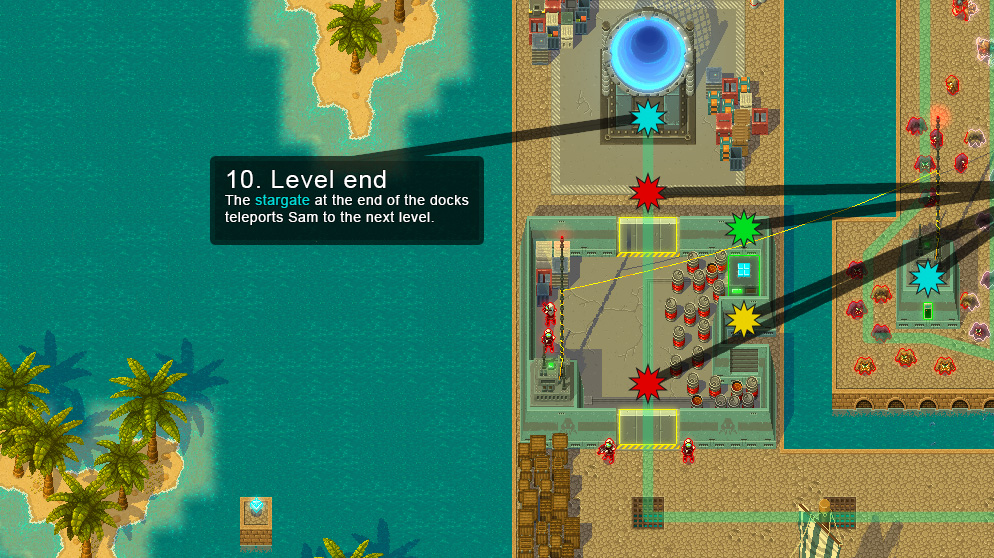